In middle school, bullies used to single me out. I think I was an easy target. I wasn’t tough or popular. They used to ask, “why are you so sensitive?” But they weren’t looking for an answer. They were looking to get a rise out of me. And they usually got one.

However much I valued my sensitivity, the other boys’ incessant taunting wore on me. Over my high school years, I began to shut down my emotions in an attempt to become less of a target. I started pretending that I felt less than I really did; that I cared less than I really did. A silent fog of numbness began to creep over me.

By the time I graduated, I had learned that there wasn’t room for my sensitivity in the culture of masculinity. Like most teenagers, I wanted to belong. It often felt like shutting down and pretending not to care was the only way to fit in.

This began a cycle of gender-based social conditioning that affects me to this day.

I was 18 years old when I first learned about rites of passage.

I learned that many indigenous communities around the world have understood the need to mark the transition from boyhood to manhood through a ritual acknowledgment. I was blown away.

I read about how rites of passage journeys often begin with a separation, where a boy is taken by the men in his community out into the wild – far away from what he knows.

Next, the boy enters into a liminal space called transition, where he is initiated into manhood through storytelling, ceremony, and sacred physical challenges.

Finally, he returns in a process called incorporation, where he is welcomed home with a new name and identity as a man.

When boys return as men, I learned, they are embraced and celebrated for their unique gifts and roles in the community. They return with new power and new responsibilities that they are now trusted to hold.

Why Is Initiation Important?

As Malidoma Patrice Somé shares, “Where ritual is absent, the young ones are restless or violent, there are no real elders, and the grown ups are bewildered.”

Acts of violence are often acts of desperation. There is an African proverb: “The child who is not embraced by the village will burn it down to feel its warmth.”

From alarming increases in suicide rates for boys to the spike in school shootings over the past decade, we are witnessing the desperate measures that some boys are resorting to in a culture that creates so little space for their emotions, their sensitivity, their pain, and their humanity.

Like all rituals, rites of passage are not a monolith and I don’t want to romanticize them. Initiation into manhood looks different in each cultural and historical context and some boys are severely injured or even killed during the process. But for many, the rite of passage journey can serve as an initiation into a secure sense of masculinity – one rooted in purpose, service, and innate belonging.

While the experience of rites of passage often leaves men with physical wounds, the scars are not hidden in shame but rather honored as sacred bonds that link each man to his brothers and his community.

Today, sacred initiation rituals are largely lost in modern Western culture. Many boys in the United States grow into adulthood without ever feeling that they have arrived into manhood.

Without a rite of passage experience to affirm a sense of place and identity, men often remain in a fundamentally insecure state of masculinity. And yet the yearning to feel purpose, service, and belonging remains just as strong.

Without healthy initiatory practices and male role models, young men often settle for whatever “initiations” we can find, including:

In these ways (and others), boys are often pressured into a narrow and isolating definition of manhood; a Patriarchal culture of masculinity that values toughness, stoicism, and status at the expense of tenderness, emotional intelligence, and intimacy.

At best, we are fed a steady stream of subtle messages about what is acceptable as a man and what is not. At worst, we are intimidated, humiliated, and coerced into performing masculinity in a way that is harmful and destructive to ourselves and others (sexual violence, self-harm, alcoholism, drug addiction, recklessness, etc.).

Patriarchal masculinity creates a hamster wheel of insecurity by teaching men that we need to constantly prove our masculinity while never arriving at ‘man enough.’ Where we were once initiated, we are now hazed into manhood.

While I never experienced a rite of passage as a teenager, I’ve had a number of experiences that have helped initiate me into manhood.

Some of these experiences have been through formal programs, like the ManKind Project’s New Warrior Training Adventure. Other initiations have come about through experiencing and processing life-altering injuries, transitions, and losses.

Recently, I have learned to co-create rituals with groups of men who have supported me in my transition into married partnership and now, expectant fatherhood.

For example, three years ago I met up with a group of my closest male friends at a cabin in the mountains to celebrate my transition into married life. They had planned an alternative bachelor party for me and I had no idea what I was in for.

For several days and nights, time slowed down as we sang, danced, cooked, shared stories, wandered in the woods, and held sacred men’s council.

At the end of a long hike, one day, I remember arriving at a deep blue lake. We all stripped down to our boxers and marched into the freezing water arm-in-arm.

As the cold water inched up my body, I became present to a deep peacefulness that I hadn’t noticed before. As my heart pounded, a new aliveness pulsed through me like a flame rushing through the darkness. In that liminal moment, I caught a glimpse of my innate belonging in the Universe. I will never forget that feeling.

I had experienced an initiation. And when I returned home, I was ready.

I invite you to consider:

What experiences have served as your initiations into manhood?

What experiences are you still longing for?

Life is full of transitions – threshold moments – that offer the opportunity to find completion with old patterns that no longer serve us and step into transformation and evolution.

I see each of these moments as invitations to create new rituals; to transform old, unquestioned traditions into new, life-giving initiations in order to traverse major life changes with clarity, intention, and support.

Where hazing pulls us backward, initiation invites us forward. Hazing rituals cannot possibly support us on the path toward more mature masculinity. Only initiation rituals can do that.

I’m so grateful for the initiation experiences I’ve had the privilege of participating in, and the men who have generously created and held those spaces for me.

Today, we have an opportunity to seek out and create the initiations that many of us never had. To gather with men in ceremonial space at the threshold of life’s most important transitions – times of change, hardship, and celebration.

After years of bullying, I could have easily decided that I’d never trust male friendships again. I could have kept my heart locked away for fear of having my sensitivity turned against me. I could have remained shut down.

Instead, I am turning toward my brothers, discovering healthy male role models, and co-creating sacred spaces with men.

Let’s stop perpetuating cycles of violence by hazing each other into manhood and, instead, reconnect to rites of passage experiences – however they may look.

Let’s become the healthy male role models that many of us never had.

Perhaps then, our sons and grandsons will no longer need to ‘burn down the village to feel its warmth.’ Because they will know in their bones that they are connected, they belong here, and they have important gifts to contribute. 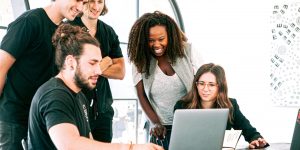 Last Friday, I was invited to be a panelist at a LinkedIn Audio event hosted ...read more 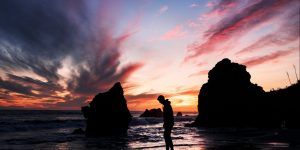 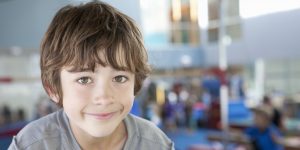 Getting Real: Talking About Pornography & Sexuality with Middle School Boys

I was recently invited to facilitate a discussion about pornography and sexuality with a classroom ...read more 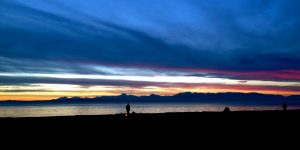 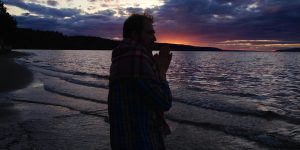 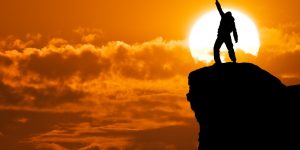 Getting Real: Talking About Pornography & Sexuality with Middle School...

Embracing Emotions: Showing Up Instead Of Shutting Down
Scroll to top